Good weather this morning tempted me to take a few more pictures of the new masters that are going into production very soon.

First up, a team of Cold War SAS I made to bolster my own British Forces - as there´s nothing like that out there that I know of (and I know it has been requested) I hope to sell a few in addition to my private use. 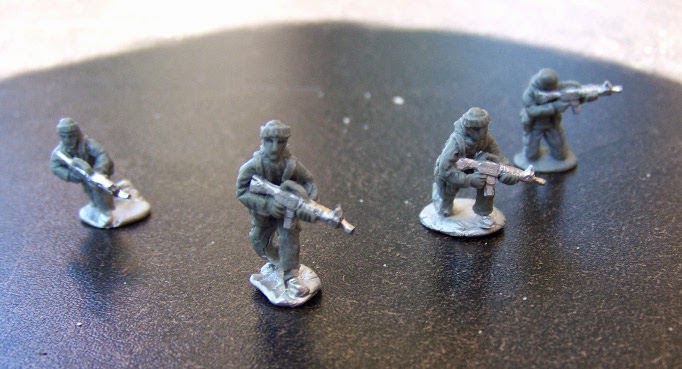 There might be more later on, guys with FN FAL and of course support weapons, but this should suffice for now. 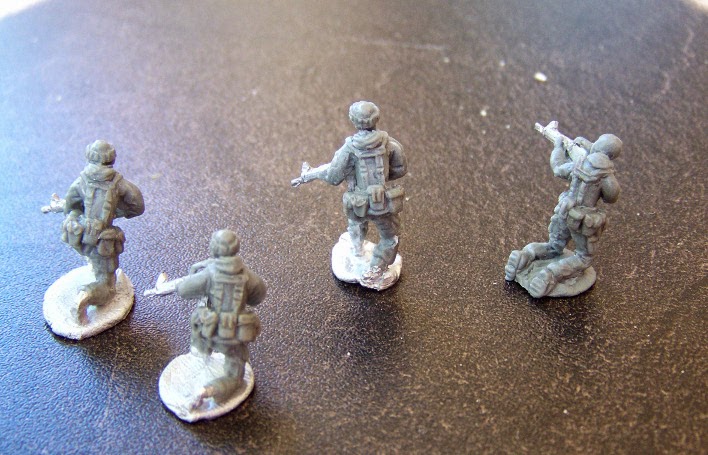 And, a little less spectacular, but by no means unimportant: African OpFor. Because all the regulars need some enemies to fight, right?  Again, more variety with different weapons in preparation, these will probably be available a little later when I got a few more guerillas finished. 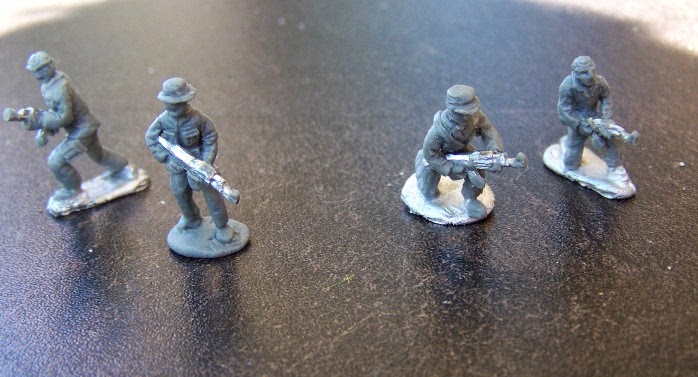 Get my sculpts here!